Visit the archaeological site of Pella, the ancient capital of Macedonia and birthplace of Alexander the Great. Pella is in Central Macedonia and it is less than 45 minutes away from Thessaloniki. It is one of the most popular archaeological destinations in Greece. Pella was the capital of the Macedonian Kingdom since the late 5th century BC. In the recently structured, beautiful museum we’ll have the chance to see some magnificent mosaics dated back to the 4th century BC and other priceless items of unique Macedonian art. 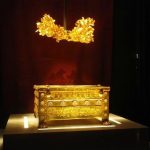 Guided tour of the site and the museum. 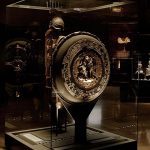 The site of Aigai consists of the Polycentric Museum, the palace, the city, the acropolis and the surrounding area.

Visiting the site’s exhibitions that are open to public, such as the royal burial cluster of Philip II, and those still under construction (the Virtual Museum for Alexander the Great and the New Building of the Polycentric Museum). Visitors can formulate a general and rather dynamic view of the ancient capital of the Macedonian kingdom and, at the same time, comprehend its historical significance.

Museums Entrance fees are not included:

2. CAVE OF THE PETRALONIAN ARCHANTHROPINAE & WINE TOUR AT KTIMA GEROVASSILIOU WITH LUNCH IN THE AREA
Up to 30 persons
Sunday 29 July

The bejewelled with stalagmites and stalactites Petralona Cave is formed about 300 m above sea level is created in Jurassic era (~150 million years) by undersea sediments that emerged in various phases during next periods. Internationally it became known when the famous fossilized skull of Petralona man was found. 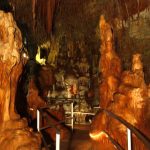 The systematic excavations of the Cave started in 1965 and the research proved that Petralona Archanthropus (i.e. an archaic Homo sapiens) has an age of about 700.000 years ago, that is the oldest known Europeoid man. Among the fossils of the extinct species found in the Cave lions, hyenas, bears, panthers, elephants, rhinos, megacerines, bisons, and various species of dears and equids (horse like) are included, as well as 25 species of birds, 16 species of rodents and 17 species of bats.

The tour continues exploring aromas and flavors of traditional Greek products with a visit of a local Winery. You will have a guidance in the premises of the winery, where you will learn all about the wine, the process of making, the facilities, the bottling and the aging. After all the useful info, you will taste the estate’s wines in the special wine-tasting rooms, while enjoying a spectacular view to the estate’s vineyard. Later, we are going to have a traditional lunch in the area with Greek specialties.

Thessaloniki is the second largest city of Greece and the most important center of the area. Built near the sea (at the back of the Thermaïkos Gulf), it is a modern metropolis bearing the marks of its stormy history and its cosmopolitan character, which give it a special beauty and charm. 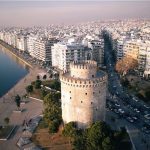 The guide will lead you through the discovery of beautiful Thessaloniki, a city that boasts 2300 years of history to the highlights of the city like:

White Tower, hallmark of the city. White Tower is a fortification and was built approx.. at 1423-1430 at the point where the eastern wall met the sea wall. At the beginning, it was named “Tower of Lion”, as stated by the Turkish inscription of 1535. After the liberation of the city of Thessaloniki in 1912 and up until 1983 hosted the city’s air defense. Today, it houses the White Tower Museum, a Thessaloniki history museum.

Continuing the tour at Archaeological Museum. An exciting tour of the history of ancient Macedonia through important findings dating back to the end of 6th century B.C. The museum was inaugurated in October 1962.

Last but not least, Museum Of Byzantine Culture. The Museum of Byzantine Culture aims in presenting various aspects of life during the byzantine and post-byzantine periods: art, ideology, social structure and religion, as well as how historical changes and the political situation were affecting people’ s everyday life.

Museums Entrance fees are not included:
Special Ticket Package 15€ per person (not included and paid on the spot)

4. The Roman and Byzantine walk

We explore the Roman and Byzantine past of Thessaloniki, discovering its monuments, many of which are classified by Unesco as World Heritage sites and try to connect the past with the present through a rather unique city experience.

Our walk starts at the Trigoniou Tower in the Upper Town (Ano Poli) where we have the chance to enjoy a spectacular panoramic view of the city. During our tour we wander around its narrow picturesque stone paved streets, we see the remaining eastern city walls where we discover important inscriptions and visit medieval churches hiding important treasures. Walking down along the fortification walls, we find ourselves facing one of the most important monuments of the city, the emblematic Rotunda with its superb mosaics. The arch of Triumph (Kamara) and the palace of the soldier – Emperor Galerius are the last stops of our walk.

Moving through the threshold of two eras we seek the visible and hidden traces of the Roman and Medieval world.

5. One city, many faces, countless stories

Following the traces of all those who lived in Thessaloniki before us and narrating a fascinating story we seek the complex identity of the city we inherited. Our tour starts from the Hellenistic period, to pass through the Roman Byzantine, Ottoman ones and reach the 19th multicultural Thessaloniki as well as the astounding 20th century era, without of course neglecting to take a look into its dark ages. Together we discover not only glorious monuments, many of which are UNESCO listed sites of World Cultural Heritage, but also places where the human adventure made what we now call history and forged the city’s cultural identity.

Together we embrace the city of poets and the city of social movements, and hopefully end up feeling welcome and cozy in a city that once belonged almost equally to Jews, Greeks, Ottomans and refugees from Minor Asia. Their coexistence left its indelible traces in culture, music, gastronomy, in every aspect of everyday life.

How was Thessaloniki’s culinary identity made up? What are the stories behind the flavors that we love so much and how do they relate to the city’s past?

We walk in the center of the city, through the markets of Modiano, Kapani and Athonos with our guide Kostis Zafirakis and detect the complex sophisticated gastronomic identity of the city. We meet the people of the markets, listen to their stories, visit selected venues and shops and taste their excellent products. We have fun, drink, eat and most importantly enjoy chatting with people passionate about different savoring ingredients and preparation of delicious dishes, who introduce us to the pleasure of good food.

During this walk we share a rich dining experience, tasting honey, chalva, nougat desert, pasteli, delight lokums and olives as well as a great variety of fine cheese and cold cuts, secret recipe dishes and learn every tiny detail on the preparation of the appetizing Macedonian pie. We look for places gastronomically related to the past, to homemade and street food, always spotting new gastronomic trends.

7. In the footsteps of Aristotle

The life, the work and the heritage of the greatest mind of the ancient world.

We approach the greatest mind of the ancient world during an innovative and inspired tour through the archeological site of the ancient Stageira, but also to modern Stageira, revealing stories that penetrate each other, composing a special atmosphere.

History, philosophy, archeology are combined with walking in an environment of incomparable natural beauty, while Tasos Papadopoulos, with his distinctive narrative style, tells the story of Aristotle’s life and points out the most important parts of his work. Wandering round this imposing site, apart from Stageiritis, we meet Plato, Philip and Alexander, Aquinas and Averroes and in one the most charming stops of our tour, Umberto Eco.

This tour becomes even more significant as recent scientific announcements suggest that the Heroon, at the center of Ancient Stageira be the tomb of Aristotle, which really makes the area a prominent outstanding destination.